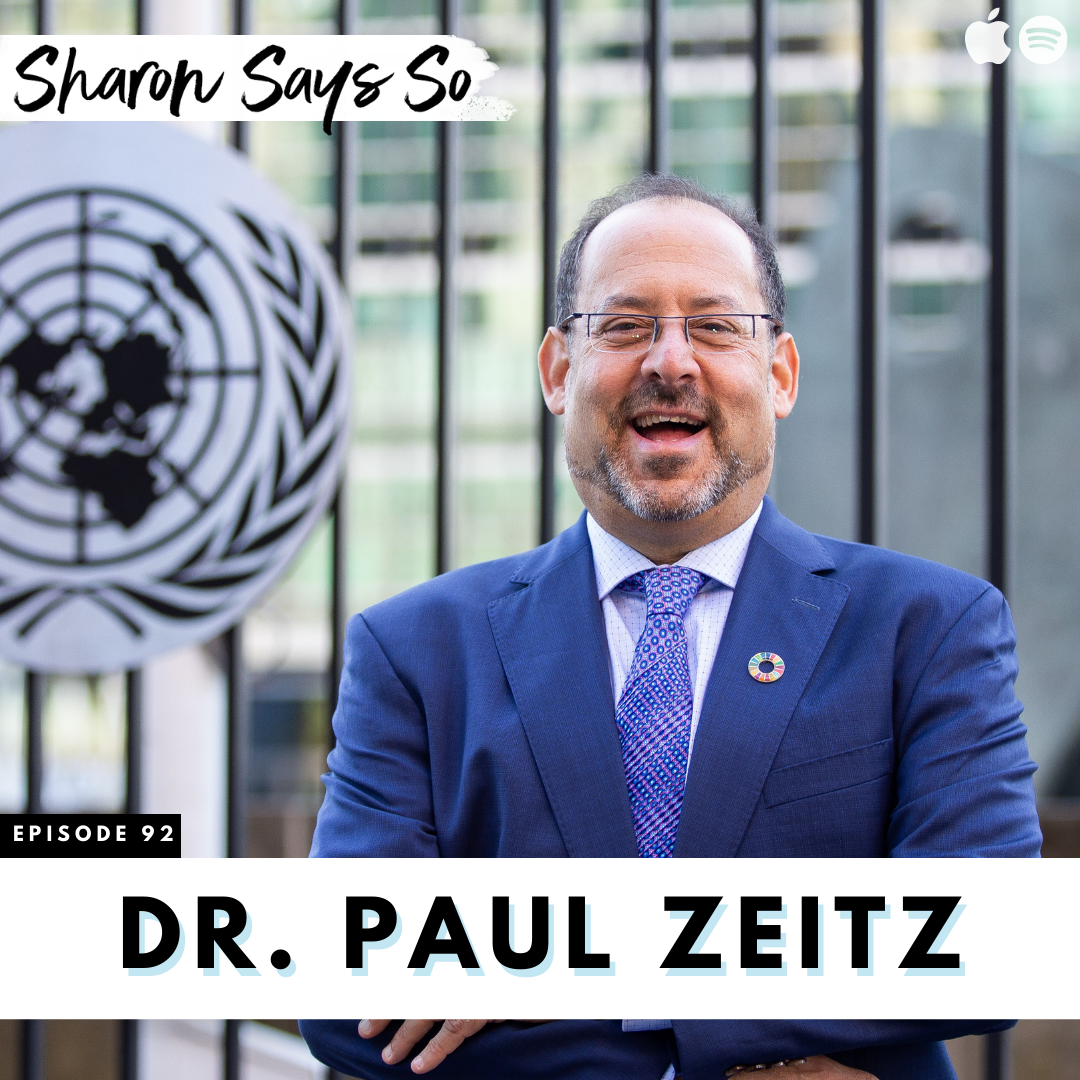 In this episode, Sharon talks with Dr. Paul Zeitz, author of Waging Optimism, about how to identify our complacency and make a move toward impacting the world around us. Together, the pair discusses how optimism leads to courage, and how courage leads to action. Oftentimes, making change requires experimentation; Plan A doesn’t always work out, so it’s good to have more than one Plan B in place. While it can be easy to feel discouraged that our actions don’t lead to revolutionary change, we can bolster our optimism by remembering that every action ripples outward and carries an impact. Two foundational ways to be a catalyst for change? Always be ready to act and continue to learn new things about how the system works so you can generate ideas on how to improve it.

An insatiable desire to solve the world's greatest problems led to Paul being laughed out of many rooms for his extreme optimism. He proved them wrong by becoming a major part of the advocacy efforts that helped establish global programs to combat AIDS, TB, and Malaria.

Paul’s determination led to the President's emergency plan for AIDS relief with an annual budget of $5 Billion saving the lives of 40 million people.

His role as a director at the state department led to forming a global partnership for sustainable development with hundreds of partners solving the issues of Social, economic, environmental, racial, and gender justice. Paul’s work has been endorsed by major figures including Alicia Keys, Archbishop Desmond Tutu, and Dr. Tedros Adhanom Ghebreyesus (Director of World Health Organization).

His books ‘Waging Justice’ and ‘Waging Optimism’ and his upcoming book 'Waging Love’ are ushering in a new era of justice where he envisions a new America 2.0 Constitution that would establish an authentic democracy, enabling Americans to unify, flourish, and ensure the survival of humanity.

His next project is ‘Build a Movement 2022’ which aims to end sexual violence against children, dismantle US systemic racism and solve the climate emergency.