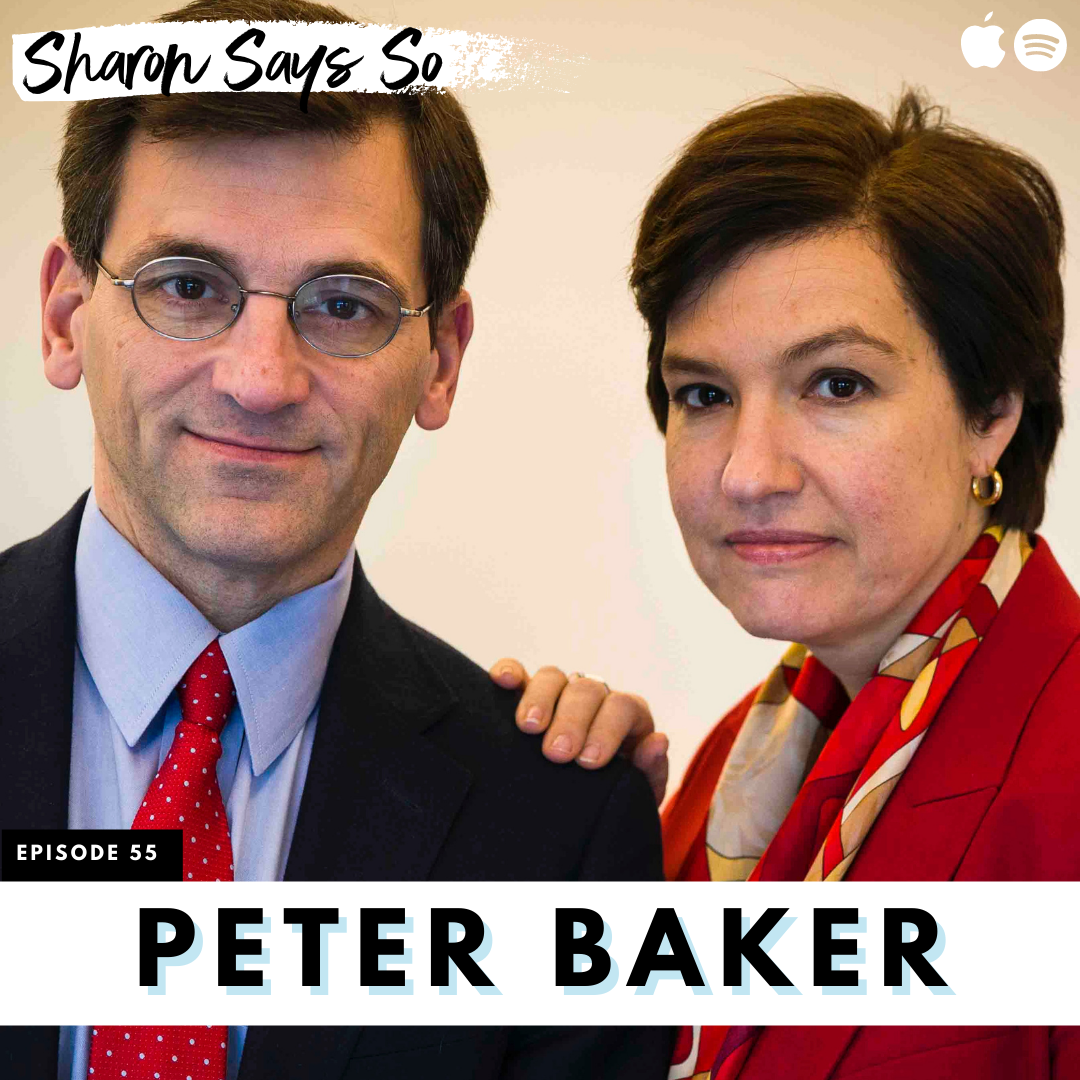 In this episode, Sharon is joined by Chief White House Correspondent of the New York Times, Peter Baker. From the White House to Afghanistan to Moscow, Peter has travelled the world to cover the world’s most pressing issues. Sharon and Peter dive into what it’s like to report on U.S. Presidents, and Peter shares his experiences as the first newspaper reporter to enter Afghanistan immediately following the 9/11 attacks. Peter and Sharon also discuss Peter’s latest book, The Man Who Ran Washington, and uncover the life and legacy of James A. Baker, a man who ran five presidential campaigns. You do not want to miss this fascinating episode!

Peter Baker is the Chief White House Correspondent for the New York Times, reporting on President Biden - the fifth president he has covered. He is also a political analyst for MSNBC and a regular panelist on PBS’s Washington Week. Peter’s most recent book, “The Man Who Ran Washington: The Life and Times of James A. Baker III” is out now.