Episode 76: Kayaking the Amazon from Source to Sea with Darcy Gaechter 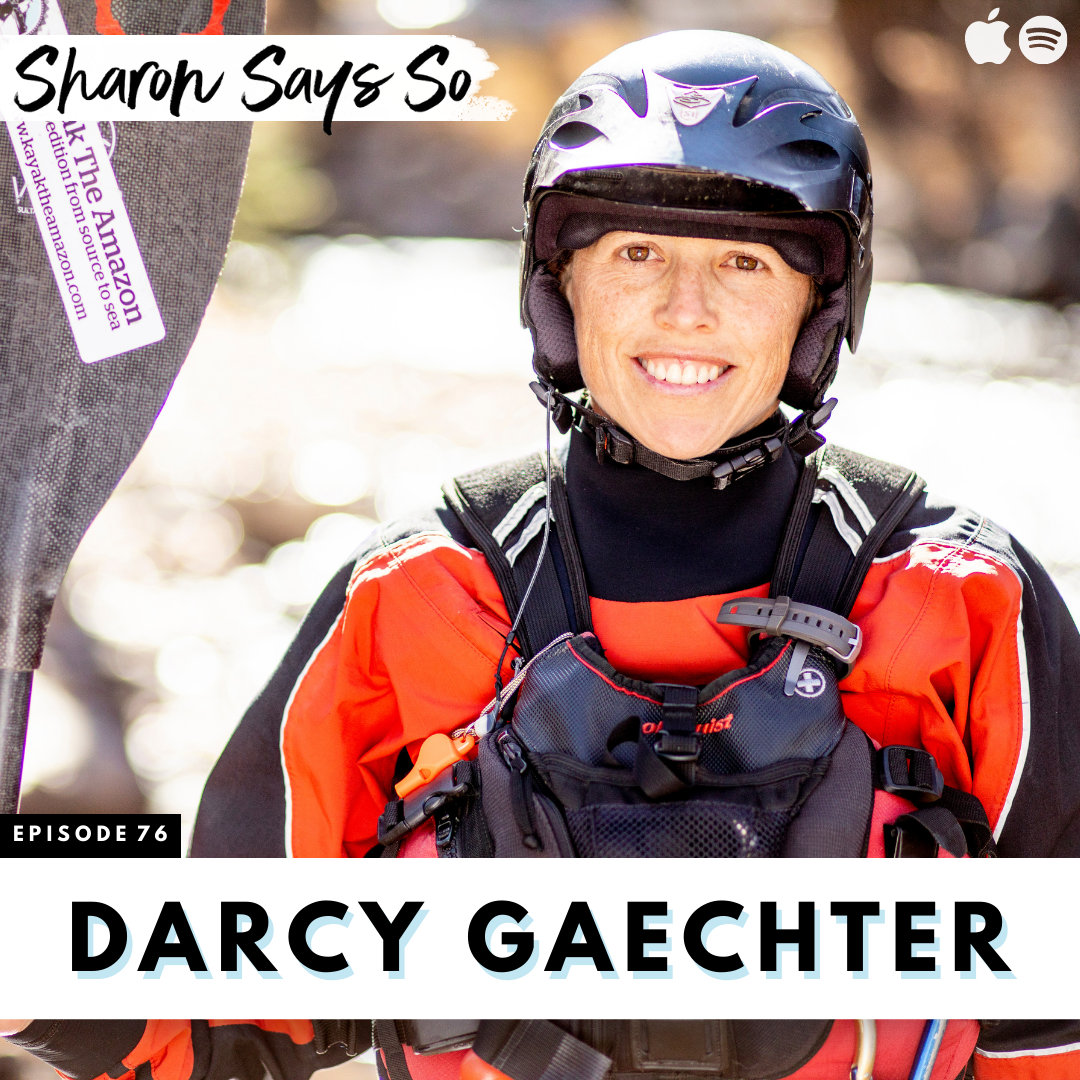 In this episode, Darcy Gaechter joins Sharon to talk about her incredible whitewater kayaking expeditions. Darcy is the first (and only!) woman who has kayaked the Amazon River from its source to the sea. The journey took 148 days and had plenty of misadventures alongside all of the adventure. Darcy lives in Ecuador and runs a kayak tour business, helping others achieve their dreams of whitewater kayaking along the country's beautiful, winding rivers. Listen in as Darcy shares how her adventures have been successful through skill, perseverance, and learning the balance between planning ahead and improvising on-the-go.

Darcy Gaechter is the first and only woman to kayak the Amazon River from source to sea and is the author of Amazon Woman which is an adventure memoir about the experience. She has been whitewater kayaking for twenty-one years and, for the past fifteen years, she has been considered one of the world’s best female kayakers and one of the most accomplished expedition kayakers. She has won whitewater kayaking races throughout the world, and has participated in and led kayaking expeditions in eighteen different countries. In addition, she has been a kayak, raft and adventure travel guide for two decades and has owned and operated two kayak guiding businesses. She currently spends half the year in Ecuador running Small World Adventures and showing kayakers down some of her favorite rivers in the world.