Episode 155: Momentum: The Ripples Made by Ordinary People, Part 10 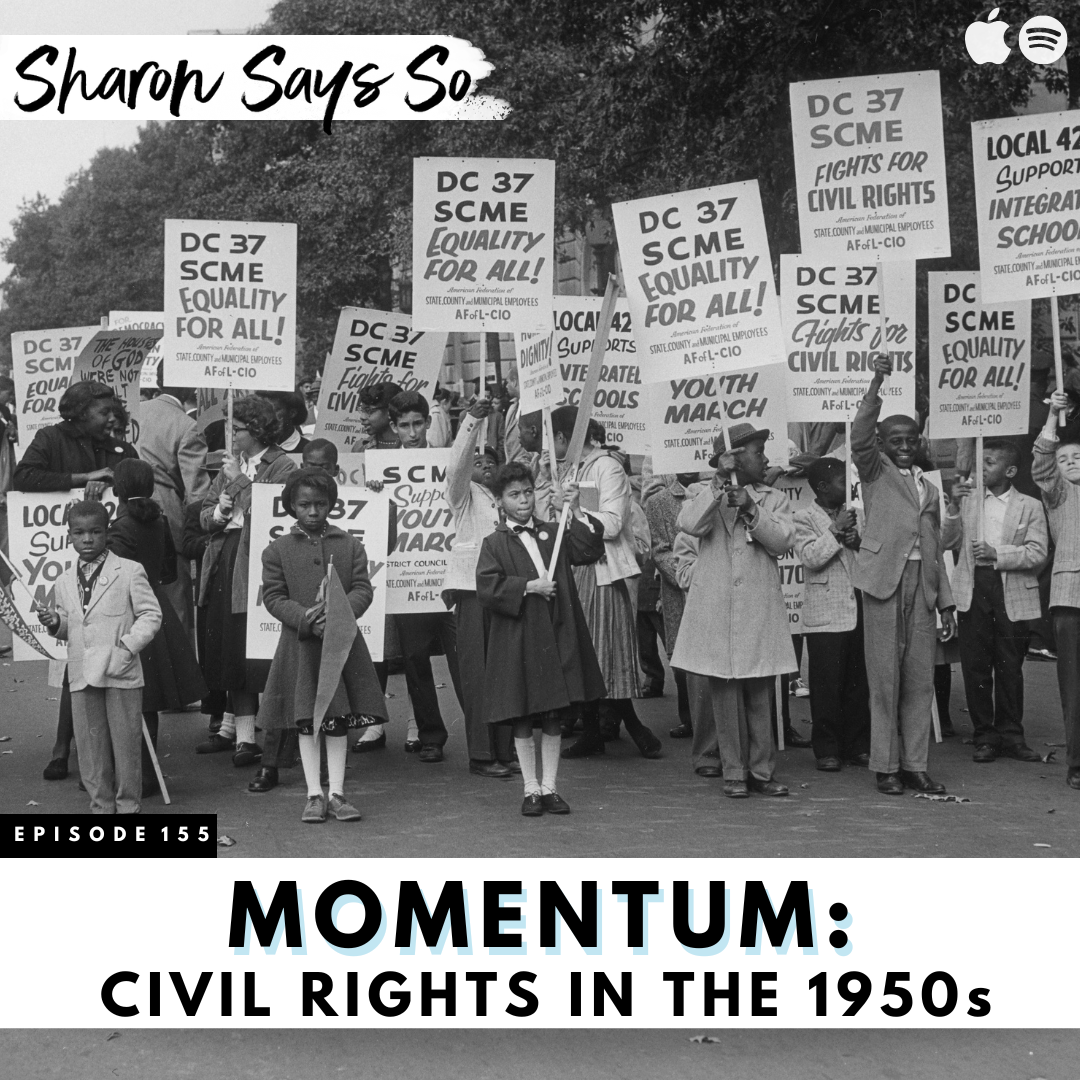 Today in our special series, Momentum: Civil Rights in the 1950s, Sharon begins with a woman who is surely familiar to anyone who has received a crash course on the Civil Rights movement in America: Rosa Parks. While Rosa Parks earned her position in history, this story does not begin with a tired woman who simply needed to rest her feet on a bus in Birmingham, Alabama. Before Rosa Parks, there was Lucille Times. And before there was Lucille times, there was Claudette Colvin. Before Rosa Parks, there was Aurelia Browder, and Susie McDonald, and Mary Louise Smith. The Civil Rights Movement would be nowhere without the extraordinary and prolonged courage and efforts of women. In the words of Rosa Parks, “We must live our lives as a model for others.”

Following the Supreme Court ruling of Brown vs. the Board of Education, some leaders of the Civil Rights Movement believed this was their moment. A boycott of Montgomery, Alabama buses had been discussed for months, but leaders were afraid that the wrong person would stall their efforts if they became the face of the movement. This was one of several reasons why Rosa Parks was chosen for this role. But how did a bus boycott shape Civil Rights? And what does the arrest of another household name – Martin Luther King Jr. – have to do with this? Next time, Sharon will speak more on how M.L.K. Jr. played a prominent role in this surge of momentum.