Episode 156: Momentum: The Ripples Made by Ordinary People, Part 11 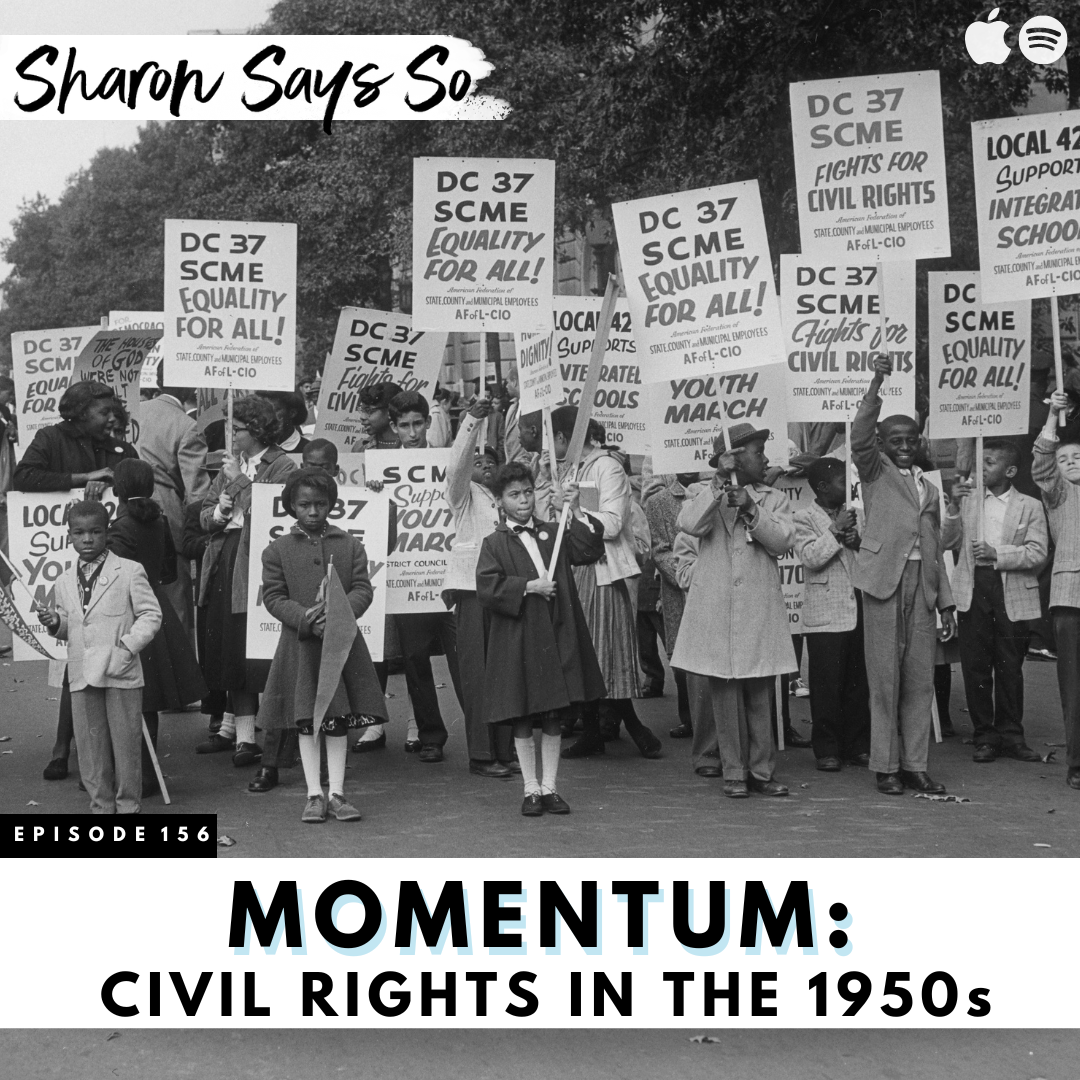 Today in our special series, Momentum: Civil Rights in the 1950s, Sharon talks about the rising popularity of Dr. Martin Luther King Jr. and how, with greater visibility comes greater threat. We follow Dr. King as he and his comrades persevere through bombings, arrests, scathing rumors, wiretaps, and assassination attempts. Who was one of Dr. King’s biggest adversaries? If you’ve been following along since the beginning of the series, it may not surprise you to know it was J. Edgar Hoover and the FBI.

Dubbing him the most dangerous man in the country, they often used underhanded tactics to spy on King, discredit his authority, and sway public opinion. It didn’t work as well as they hoped, and King continued to organize, act, and inspire people to join the fight for Civil Rights. Through it all, King championed the redemptive power of nonviolence, a message that was a stark contrast to the brutality being inflicted upon Black Americans in the South.