Episode 157. Momentum: The Ripples Made by Ordinary People, Part 12 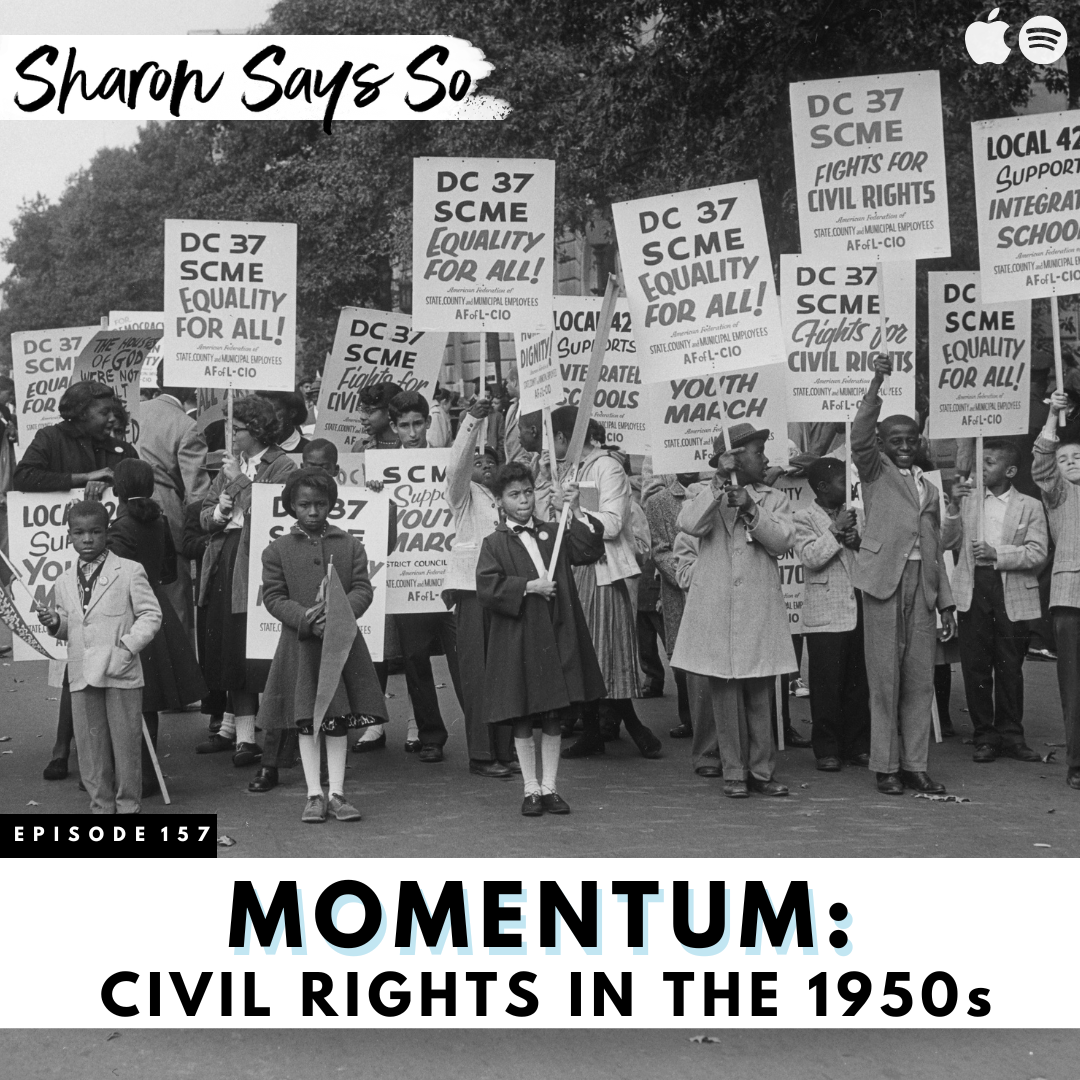 Today in our special series, Momentum: Civil Rights in the 1950s, Sharon rewinds and takes us back to the origin story of a life lost far too soon due to a brutal and racist attack: the murder of Emmett Till in 1955. What began with a young boy who desired to connect with family and learn where his mother came from in Mississippi, ended in horror for the Chicago 14-year-old boy. Though no one will ever know exactly what happened in the grocery store co-owned by Carolyn Bryant leading up to the murder, history will show that what began with a lie from Bryant, resulted in the death of Emmett Till at the hands of Roy Bryant and JW Milam. Three days later, when his body was finally found, it was mutilated and nearly unrecognizable.

After viewing and personally identifying his body, his mother, Mamie, did something completely unexpected: She chose to have an open casket at his funeral. Photographs of his body circulated around the country, appearing in magazines and newspapers. “Time” later selected one of the photographs, showing Mamie over the mutilated body of her dead son, as one of the 100 most influential images of all time. They said, “For almost a century, African Americans were lynched with regularity and impunity. Now, thanks to a mother's determination to expose the barbarousness of this crime, the public could no longer pretend to ignore what they couldn't see.”

The trial was held near where Emmett Till’s body was found. The courtroom was filled to capacity, and the town was overrun with reporters after the story captured national attention. The trial was electrifying. With all of the media attention, what did the all-male, all-white jury find in the verdict after 67 minutes of deliberation, and why? How can someone later admit to murder, yet believe they did nothing wrong? And what happened to Caroline Bryant and the unserved warrant after all this time? We hope you will join us to find out.