Episode 148: Momentum: The Ripples Made by Ordinary People, Part 3 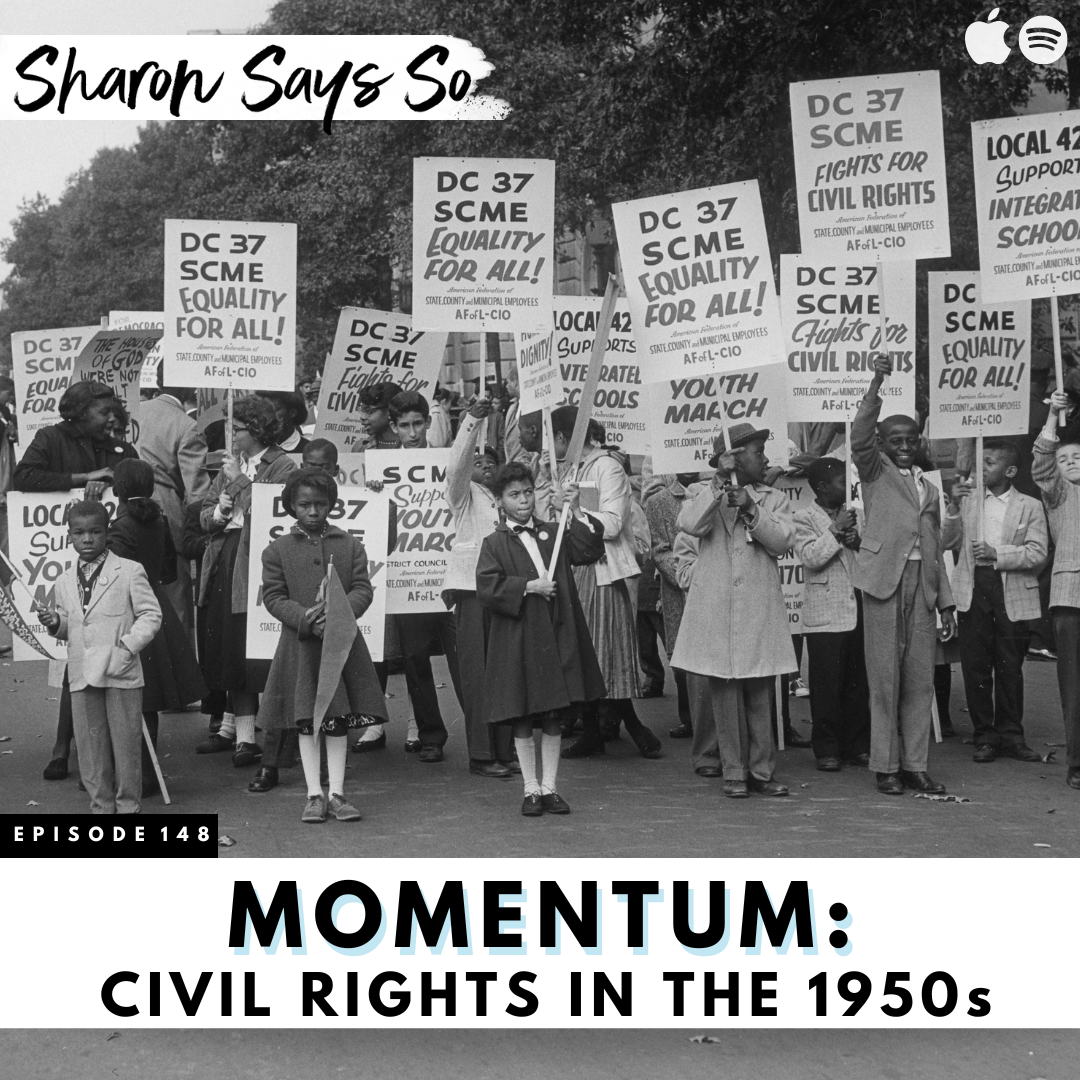 On today’s episode of our special series, Momentum: Civil Rights in the 1950s, Sharon guides us to a lawsuit years in the making, that shaped America. While some of the names tied with the milestone have been all but lost to history, you will hear many of those uncredited names mentioned in this episode, including McKinley Bernet, Vivian Marshall, and Lucinda Todd. The year was 1952 when Brown v. The Board of Education was argued before the Supreme Court by our friend, Thurgood Marshall. But did you know that the case was actually heard by the high court twice? You also might not know that J. Edgar Hoover, mentioned in previous episodes, was spying on the Supreme Court Justices for decades. What would Hoover have to gain from these warrantless wiretaps?