Episode 149: Momentum: The Ripples Made by Ordinary People, Part 4 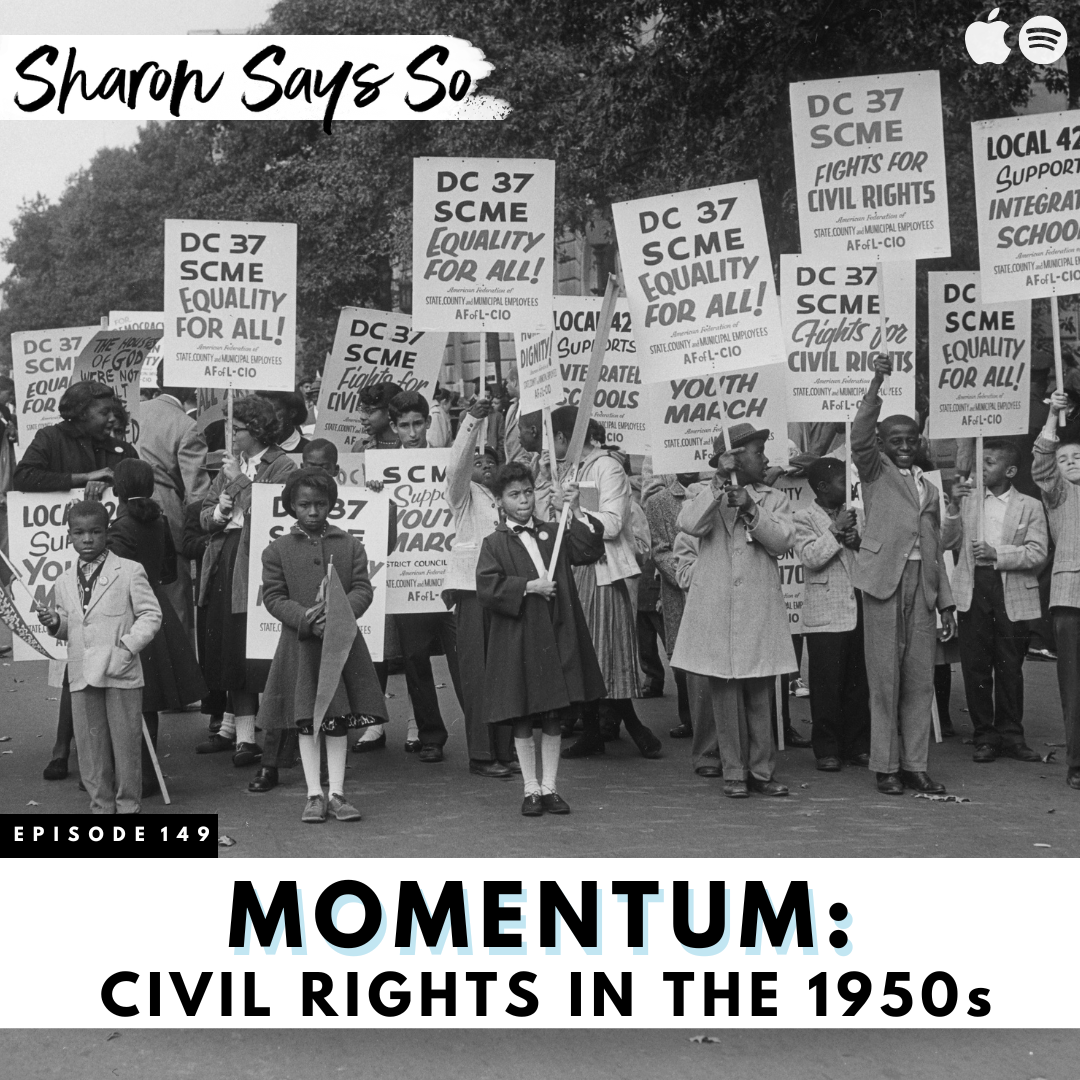 On today’s episode of our special series, Momentum: Civil Rights in the 1950s, Sharon makes the connection between the desegregation of the United States military to the power of writing a letter. It can be hard to believe sometimes that speaking out, writing a letter, or contacting elected representatives can make a difference, but that is exactly what one honorably discharged decorated Veteran did. The ripples of the letter written by Isaac Woodwards would contribute to a tidal wave in the Civil Rights movement.

We can’t talk about waves of momentum leading into the 1950s, however, without talking about the Korean War. Often a time glossed over in history classes, the Korean war at its core was a conflict about Communism vs. Democracy. This eventually led to more than 50 arrests of black soldiers in Korea who were arrested on trumped-up charges and court martialed. Who later defended them and cleared most of the charges? You guessed it: Thurgood Marshall. The war was directly related to the court case he had recently argued before the U.S. Supreme Court. How does this connect to the warrantless wiretaps? And who later received the more than 20,000 pages of information the FBI had on the Supreme Court?