Episode 153: Momentum: The Ripples Made by Ordinary People, Part 8 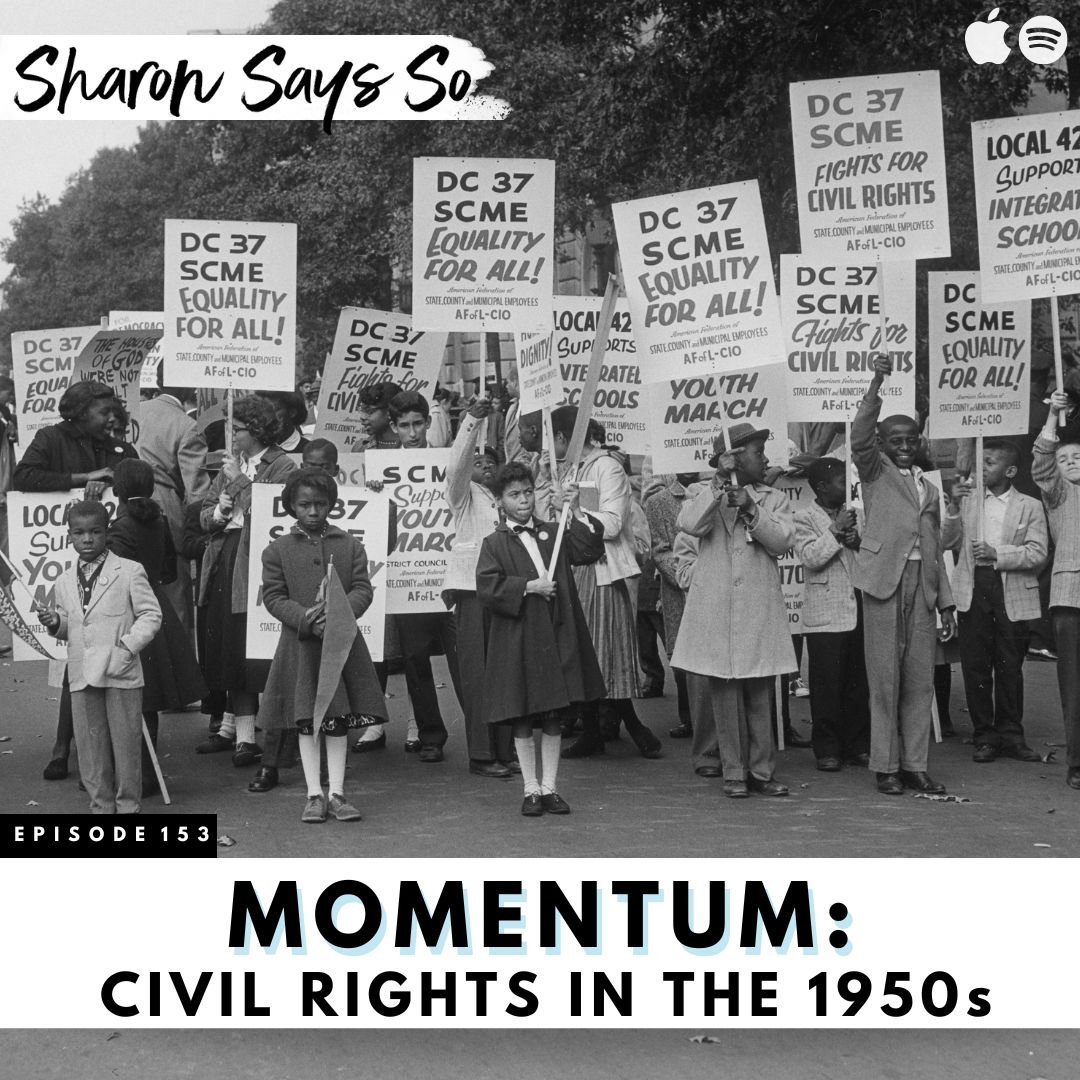 On today’s episode of our special series, Momentum: Civil Rights in the 1950s, Sharon talks about America’s push to eradicate communists during the Red Scare and Korean War. Many people working toward the goal of civil rights and liberties shared links to the Communist Party, like William Patterson and Paul Robeson. In 1951, Patterson submitted a 237-page petition to the United Nations, called We Charge Genocide. After Patterson and Robeson presented their petition, the U.S. retaliated by seizing their passports, smearing their public image, and labeling the Civil Rights Commission as a communist-front organization.

Because of the country’s persecution of subversives and communists, the NAACP leaders were interested in assisting J Edgar Hoover in rooting out any “bad players” in the organization in order to protect it. In fact, Thurgood Marshall, who knew he was being spied on by Hoover, often acted as an FBI informant. He knew both the costs and benefits of cooperating. Do you think this was an effective strategy to distance the NAACP from the communist party? What about the organization’s push to rebrand themselves as an American organization? What exactly did Thurgood Marshall and Martin Luther King Jr. disagree about? Sharon reveals the source of their strife next time!