Episode 125: When Fixing the Problem Isn't the Answer with Sarah Stewart Holland and Beth Silvers 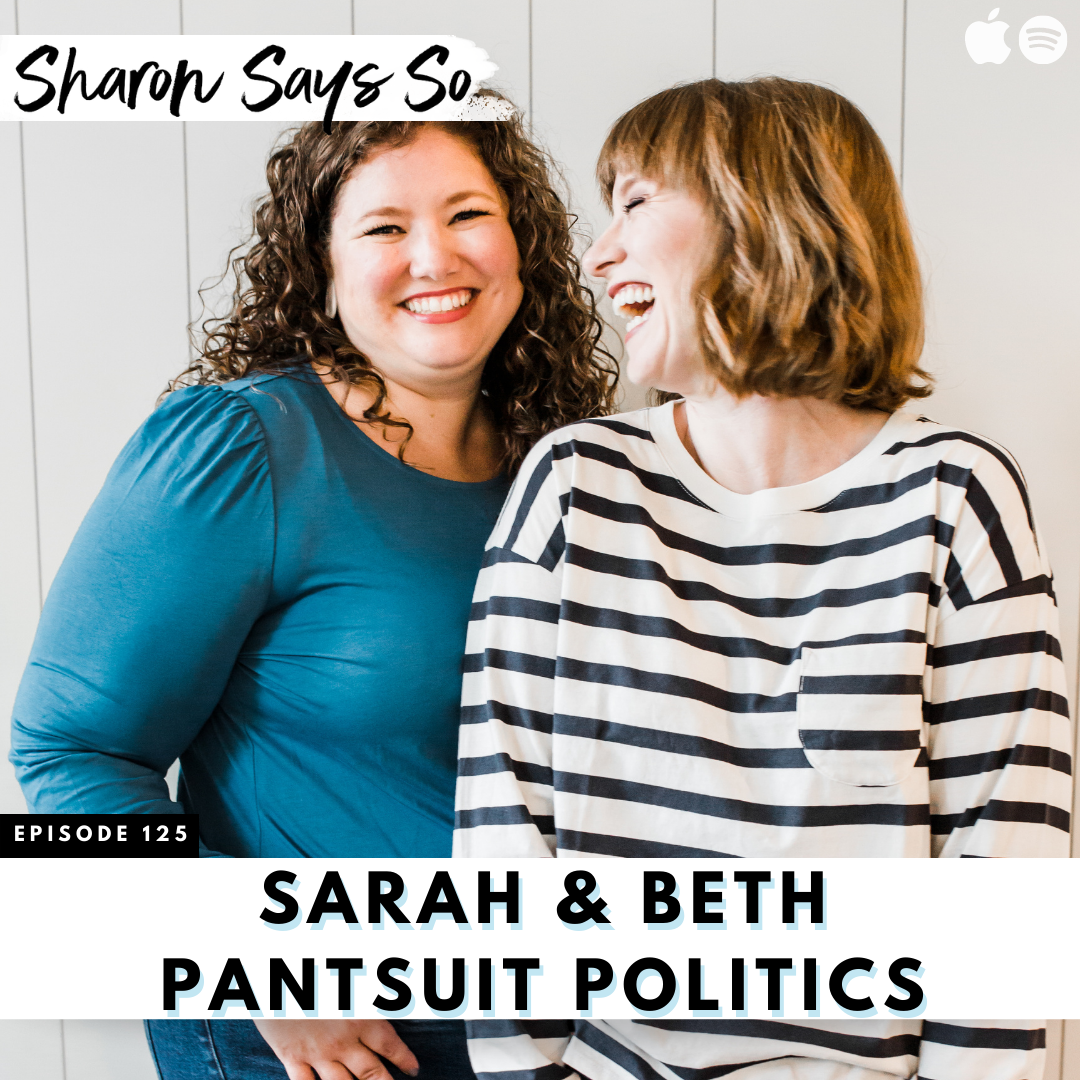 Sharon reunites with the hosts of Pantsuit Politics, Sarah and Beth, to talk about their brand new book, Now What? How To Move Forward When We’re Divided (About Basically Everything). While we all want the next step to be solving conflict together, it’s not a realistic approach. Instead, think of asking “Now what?” as a catalyst for connecting with people in a more heartfelt way. The goal isn’t to fix other people, the goal is to strengthen our understanding about the complexities of human relationships. Seeking peaceful solutions looks like honoring other people’s stories, giving them the benefit of the doubt, and authentically showing our own beliefs and joys. The ways in which we live our beliefs is often varied; we show up in different ways during different stages of our lives.

Sarah Stewart Holland and Beth Silvers host the popular podcast Pantsuit Politics, which was named one of 2021’s best shows by Apple Podcasts and has been featured in The New York Times, The Atlantic, The Guardian, Elle Magazine, and Parents Magazine. They are also the authors of I Think You're Wrong (But I'm Listening): A Guide to Grace-Filled Political Conversation, which was featured on MSNBC’s Morning Joe. Sarah and Beth met in college before going their separate ways for law school. Sarah pursued a career in politics as a congressional staffer and campaign aide and Beth practiced law before serving as a human resources executive. Sarah lives in Paducah, KY, with her spouse, Nicholas, and children Griffin, Amos, and Felix. Beth lives in Union, KY, with her spouse, Chad, and children Jane and Ellen. Sarah’s dog, Cookie, and Beth’s dog, Lucy, are beloved (and involuntary) contributors to their work.