Episode 98: Bridging the Divide with Representatives Phillips and Fitzpatrick 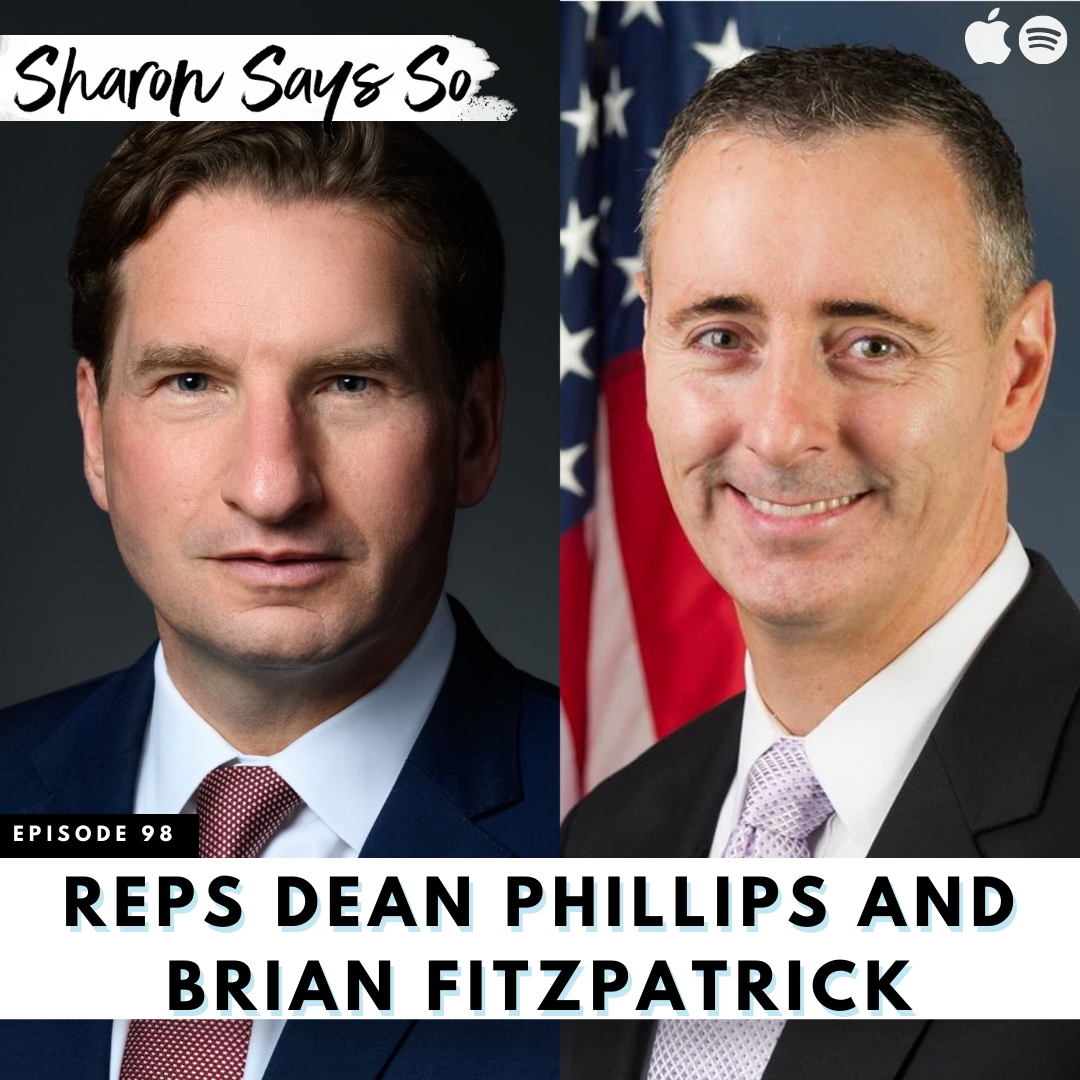 During this episode, you’ll join Sharon as she sits down to two members of the US Congress: Representatives Dean Phillips and Brian Fitzpatrick. Phillips is a Democrat from Minnesota and Fitzpatrick is a Republican from Pennsylvania. Together, they have used their time in congress to work across the aisle, serving on the Problem Solvers Caucus and promoting bipartisan collaboration. Listening to understand, especially when holding a government office, isn’t just a nicety, it can be a matter of national security and the cornerstone to preserving the nation’s democracy.

Representative Dean Phillips
Dean Phillips is a father, entrepreneur, Gold Star Son, and eternal optimist who believes that representation begins with listening. As Representative for Minnesota’s Third District, he is on a mission to restore Americans’ faith in government by inspiring a new era of collaboration in Congress.

Rep. Phillips is Vice Chair of the bipartisan Problem Solvers Caucus and is a member of the House Ethics, Modernization, Foreign Affairs, and Small Business Committees. He is the 12th most bipartisan member of Congress and earned the Jefferson-Hamilton Award for Bipartisanship from the U.S. Chamber of Commerce for his commitment to working across the aisle.

Rep. Phillips has two college-age daughters, Daniela and Pia. He lives in Deephaven, Minnesota with his wife, Annalise, and Henry the Norwich Terrier.

Representative Brian Fitzpatrick
For 14 years prior to representing his hometown of Pennsylvania's First Congressional District, Brian Fitzpatrick served our nation both as an FBI Special Agent and Federal Prosecutor, fighting both domestic and international political corruption, and supporting global counterterrorism and counterintelligence efforts – including being embedded with U.S. Special Forces as part of Operation Iraqi Freedom.

Working to promote freedom and democracy at home and abroad, Brian also served as National Director for the FBI’s Campaign Finance and Election Crimes Enforcement Program and as a National Supervisor for the FBI’s Public Corruption Unit at FBI Headquarters, where he was recognized as an expert in restoring integrity to governmental institutions.

In the 117th Congress, Brian was elected Co-Chair of the Bipartisan Problem Solvers Caucus, having previously served as Vice-Chair. Brian is the Ranking Member of the House Foreign Affairs Subcommittee on Europe, Energy, the Environment, and Cyber, and he was appointed by House leadership to currently serve on the House Permanent Select Committee on Intelligence (HPSCI) and as a Commissioner on the Commission on Security and Cooperation in Europe, also known as the U.S. Helsinki Commission.

Additionally, Brian serves on the House Transportation and Infrastructure Committee, and he is the Co-Chair of the Bipartisan Addiction and Mental Health Task Force.  Brian is a licensed attorney, a Certified Public Accountant (CPA) and a Certified Emergency Medical Technician (EMT).