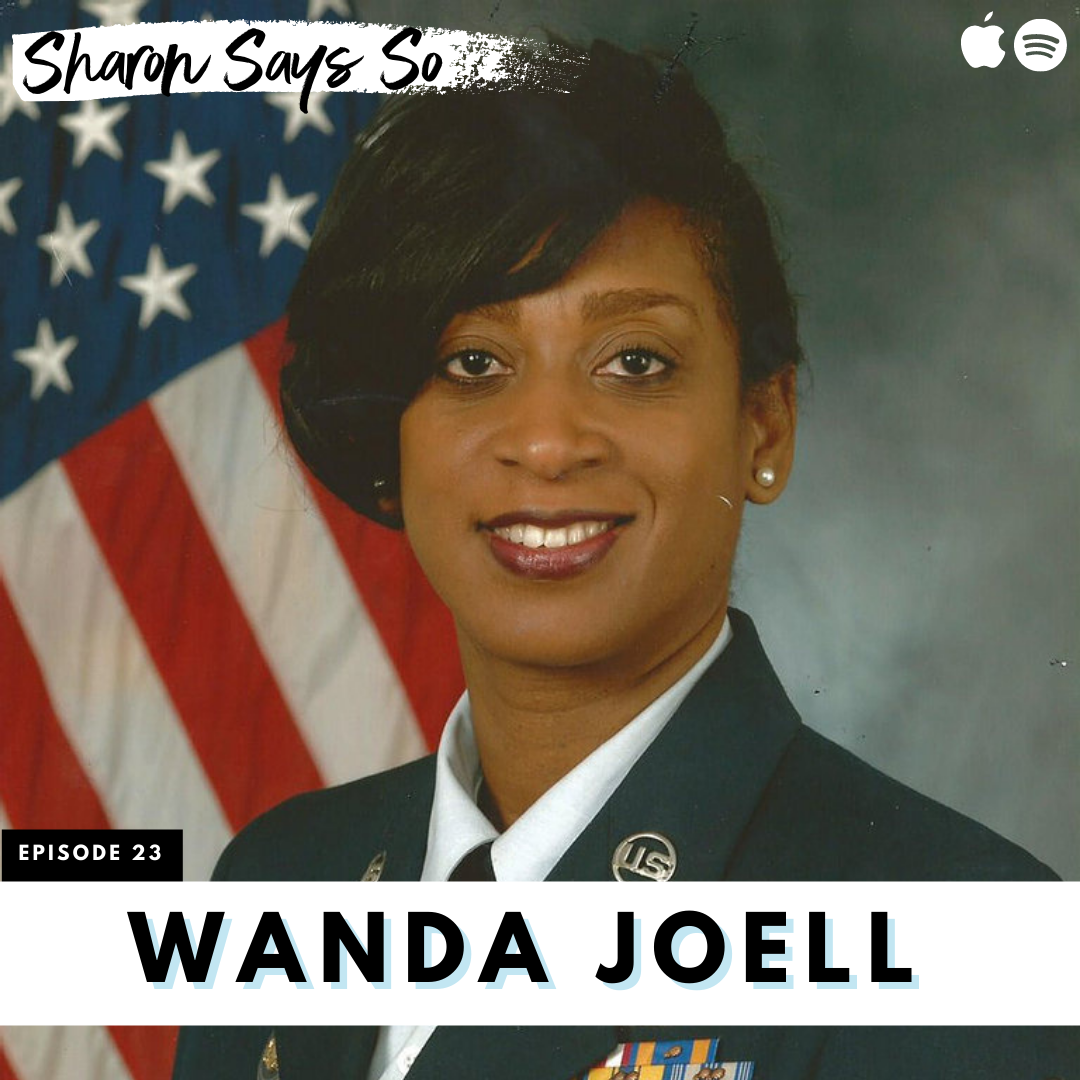 In this episode, Sharon is joined by Senior Master Sergeant Wanda Joell, the first African-American woman to serve as a flight attendant on Air Force One. Wanda gives an insider’s look into the most exclusive plane in the world - describing what the inside of Air Force One looks like and sharing stories about the various U.S presidents she served.  Throughout her 24 years of service, Wanda welcomed four presidents - George H. W. Bush, Bill Clinton, George W. Bush and Barack Obama - aboard Air Force One. Wanda explains her unique responsibilities as a flight attendant, such as cooking the presidents’ favorite meals from scratch, and describes what it was like to be in close quarters with presidents during important moments in history.

Senior Master Sergeant Wanda Joell served 24 years as a flight attendant for Air Forces One and deputy and superintendent of First Lady Operations. Wanda was the first African-American woman to be selected to serve on Air Force One. Wanda currently enjoys speaking at events and schools and spending time with her son, Darius.