Episode 184: How to Learn Science from a 15-Ton Jello Pool with Mark Rober 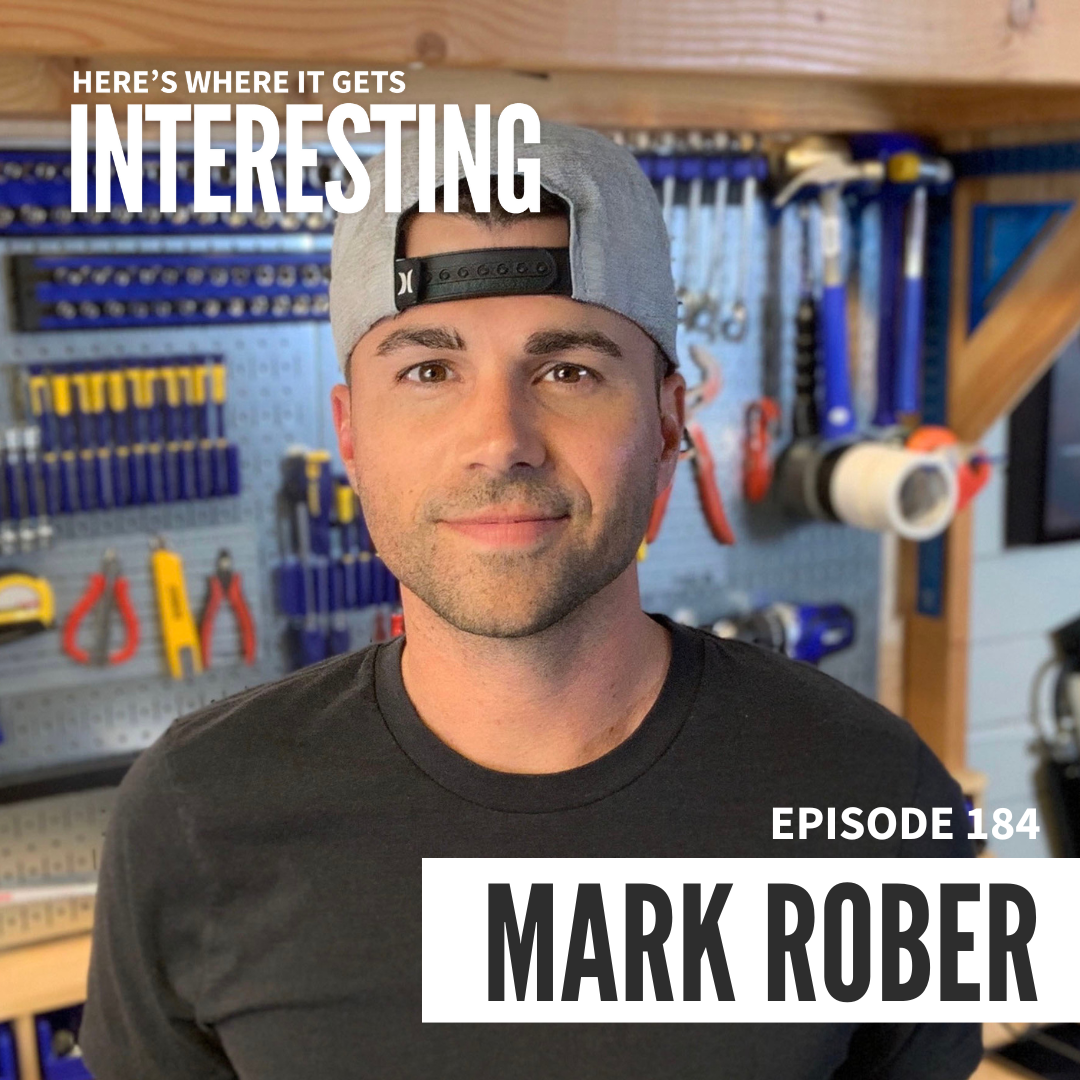 Welcome to Here’s Where It Gets Interesting! To kick off our new show name, Sharon sits down with one of the most interesting people she knows: Mark Rober, a former NASA engineer who has since amassed over 22 million viewers on his YouTube channel. If there was ever an episode of Sharon Says So that will make your kids think you’re cool for listening, it’s this one. Learn about what motivates Mark to create, and how he hopes his platform will motivate others to both have fun while learning new concepts and care a little bit more about the world’s natural resources. (Pssst…Mark also dishes up some insider info on his good friend and Late Night host, Jimmy Kimmel!)

Mark Rober has made a career out of engineering, entertainment, and education. After completing degrees in mechanical engineering from Brigham Young University and the University of Southern California, Rober joined NASA’s Jet Propulsion Laboratory in 2004. In his nine years as a NASA engineer, seven of which were on the Mars rover Curiosity team, Rober worked on the Descent Stage (the jet pack that lowered the rover to the surface) and was responsible for some hardware on the rover top deck used for collecting dirt samples. After NASA, he moved to Silicon Valley and worked for 5 years doing Product Design in Apple’s Special Projects group.  In 2011, Rober’s iPad-based Halloween costume inadvertently helped launch his YouTube channel, which now boasts over 22 million subscribers, 3B views and averages over 30M views per video. According to Mark, his passion is “getting people pumped about science and education” and he does that through making compelling engineering builds such as the World’s Largest Super Soaker or Nerf Gun.  His most popular creation with over 84M views, is when he engineered a bait package that could shoot glitter fart spray in response to falling victim to porch pirates.  Rober has guest hosted and is a regular guest on "Jimmy Kimmel Live!" and is working together with Jimmy on a science based prank show that will premiere on the Discovery channel in 2022.