Episode 152: Momentum: The Ripples Made by Ordinary People, Part 7 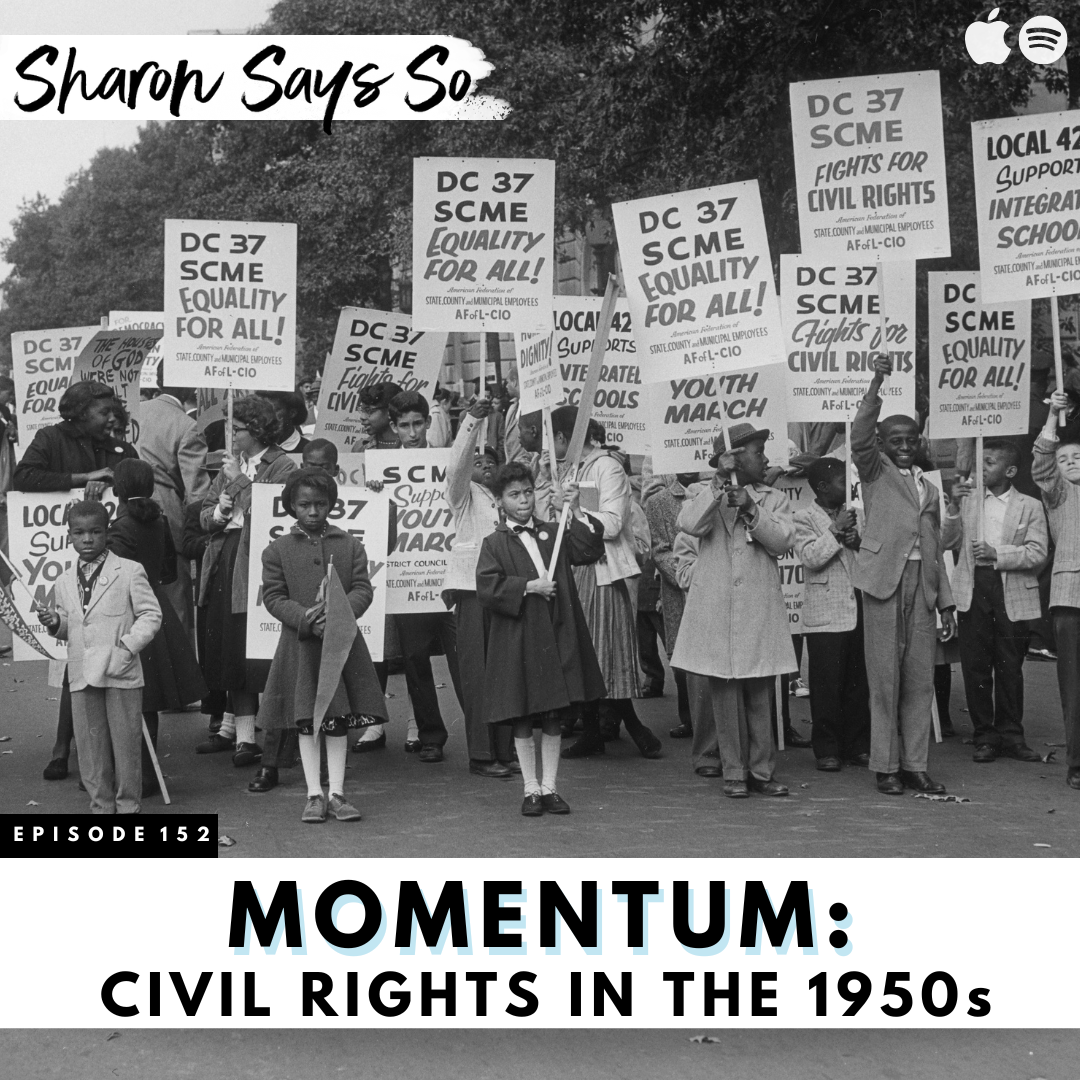 On today’s episode of our special series, Momentum: Civil Rights in the 1950s, Sharon establishes the foundation of another man who played a pivotal role in Brown v. The Board of Education. Today, in 2022, the idea of someone serving as Chief Justice of the U.S. Supreme Court with no previous experience working in the Judicial Branch of government, would be unheard of. And it would certainly be unheard of for a gubernatorial candidate to win both the Republican AND Democratic primaries when running for office in California. However, that is exactly what prosecutor, turned Governor, turned Chief Justice did, in what would become a 50-year career of public service for Earl Warren.

Justice Warren carried his national prominence to the Supreme Court, and was determined to have all 9 Justices agree on the Brown vs. The Board of Education decision. The makeup of the high court proved to be consequential, as the Justices brought a broad diversity of viewpoints, rather than consisting only of professional judges. While Justice Warren was ultimately successful in leading the court to making a unanimous decision, the President who appointed him – President Dwight D. Eisenhower – would come to deeply regret his decision to appoint him. How did Earl Warren and Thurgood Marshall know each other, prior to meeting in the courtroom? And how do wiretaps from the FBI tie into all of this through a secret bureau program?