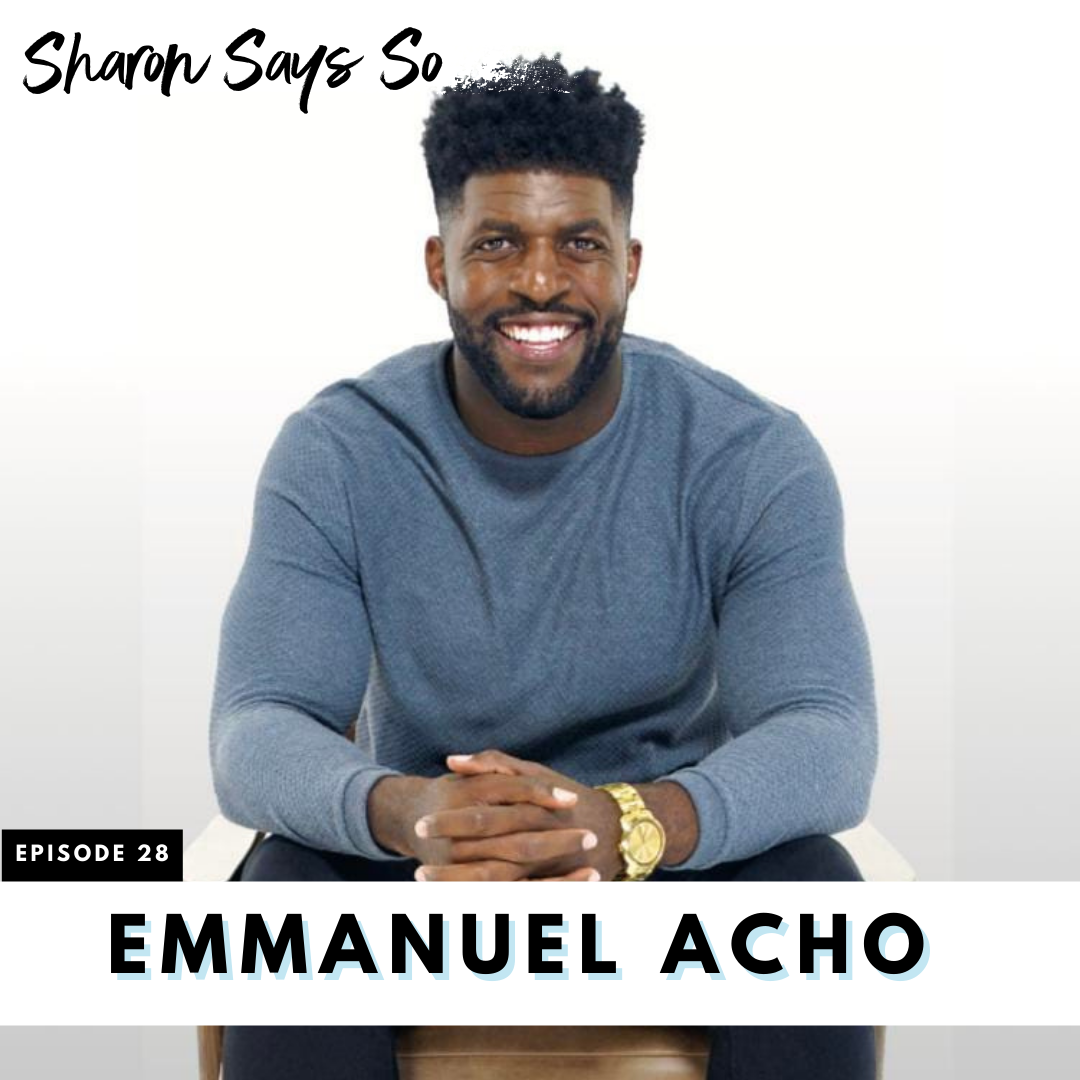 In this episode, Sharon sits down for an uncomfortable conversation with bestselling author and Emmy-nominated host, Emmanuel Acho. Known for his viral web series and book, “Uncomfortable Conversations with a Black Man,” Emmanuel is no stranger to navigating difficult conversations surrounding race in the United States. Emmanuel and Sharon dive head first into topics such as white privilege, teaching our children about race and the key messages of the social justice movement. Taught with grace, wisdom and unshakeable determination, Emmanuel provides tactical ways to combat ignorance, administer justice and treat others with empathy.

Emmanuel Acho is the host and author of “Uncomfortable Conversations with a Black Man,” an Emmy-nominated web series and bestselling book that seeks to inform and educate white America on racism, systematic racism, social injustice and the Black American perspective. Emmanuel is also a FOX Sports analyst and former NFL linebacker.